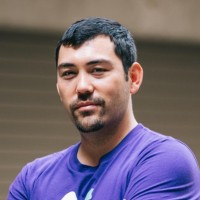 On August 15th 2017 the Centers for Medicare & Medicaid Services (CMS) proposed the cancellation of mandatory Episode Payment Models (EPMs) and the Cardiac Rehabilitation (CR) incentive payment model and to rescind regulations governing these models. Comments on the proposed cancellation will be received until October 15, 2017.

The mandatory EPMs and CRI, scheduled to begin on January 1, 2018, aim to improve quality of care for Medicare beneficiaries and encourage hospitals, physicians and post-acute care providers to work together to improve care coordination throughout episodes of care. Hospitals in selected geographic areas would participate in retrospective episode-based payments for items and services related to AMI and CABG, beginning with hospitalization and extending through 90 days after discharge.

The models were being implemented by the CMS Innovation Center to all hospitals in geographic areas defined by metropolitan service areas (MSAs) in order to yield more generalizable results and provide protections for small and rural providers. AMI and CABG Models were to be implemented in 98 geographic areas, defined by MSAs (counties associated with core areas with populations of at least 50,000) with at least 75 AMI Model eligible cases.

CMS has stated that the proposed cancellation was prompted by comments received for the January 3, 2017 EPM final ruling which included concerns over the burden and challenges these new models presented to providers. “Stakeholders have asked for more input on the design of these models. These changes make this possible and give CMS maximum flexibility to test other episode-based models that will bring about innovation and provide better care for Medicare beneficiaries,” said Seema Verma.

Since the appointments of HHS secretary Tom Price, MD and CMS Administrator Seema Verma, MPH, the bundled payment initiatives have been twice delayed. Both Verma and Price have been critics of mandatory bundles. Price sent a letter to CMS in September 2016 outlining problems with the bundles and claiming that the Center for Medicare and Medicaid Innovation went beyond its authority and did not engage stakeholders during their creation. This past July, Seema Verma stated that CMS is starting a major deregulation initiative designed to help healthcare providers to focus on delivering care and spend less time and resources dealing with complex regulations that do not improve the quality of care.

On September 29, 2017, Tom Price resigned from his position as HHS Secretary under mounting pressure from critics over $400,000 in charges for chartered flights for trips that involved both government and personal business. President Trump designated Don Wright, MD, MPH as Acting Secretary of HHS effective Sept 29, 2017. Dr. Wright has worked at HHS for nearly ten years and had been Acting Assistant Secretary for Health at HHS since February 10, 2017.

Price’s exit signals change to come in the way of leadership and as healthcare and cardiovascular care in particular continue to experience change, the factors that beg a shift to value-based care remain constant. Readmissions related to heart attack and heart failure remain high with over 75% of hospitals in the US having faced Medicare’s 30-day readmission penalty in 2016. “It is important for hospitals to continue to improve post-acute care coordination, increase access to CR, and make participation more convenient for patients. Continuing these efforts will best position hospitals for value-based care and improve outcomes for the patients they serve,” said Ade Adesanya, co-founder of Moving Analytics.

More information on the proposed cancellation of EPM and CR models can be found at: https://innovation.cms.gov/initiatives/epm

Downloaded the proposed rule (CMS-5524-P) from the Federal Register at:
https://www.federalregister.gov/public-inspection. 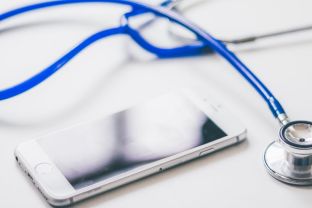 Cardiac rehabilitation (CR) is a crucial component of a post-acute care for cardiac patients. Despite its benefits, program and patient-s...